Jeff Keefer - Creator of the Photography and VIVID Gallery 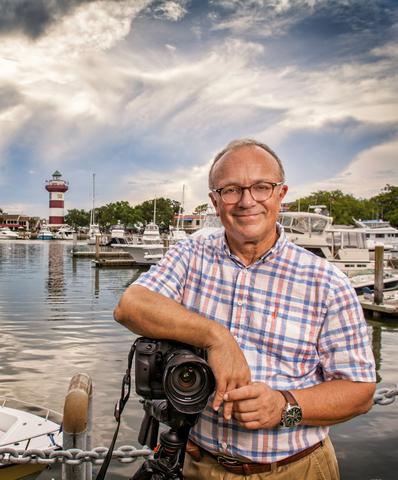 Jeff Keefer’s photographic passion developed from a fascination with color, a love of travel, learning about other cultures and Parkinson’s. Before 2007, when Jeff was diagnosed with Parkinson’s Disease, he had never taken photographs. He did not have a creative bone in his body, but with this diagnosis came a new awakening, a heightened sense of creativity and a desire to be more spontaneous. Jeff retired in 2010 from a notable career at DuPont Company to pursue his new passion. It was not the disease or medical necessity that triggered him to make this decision but a sense of time. Jeff also creates videos and has started to write poetry.

When Jeff was diagnosed with Parkinson’s at 56-years of age, his diagnosis didn’t create a sense of despair, but rather it sparked a desire to get involved in Parkinson’s research. He co-founded the Panorama Patient Educational Foundation and continues to serve as an advisor. He also joined the Board of Directors of the Michael J. Fox Foundation in 2013 and assumed the Chairmanship in 2015. He serves on the Advisory Board of the Institute on Aging at the University of Pennsylvania, and the Board of Directors of the Philadelphia Parkinson Council. Jeff and his wife, Anne, established the Jeff & Anne Keefer Fund for Parkinson’s Research at the University of Pennsylvania. In order to give back and to support Parkinson’s research, proceeds from his book VIVD, will be donated to the Michael J. Fox Foundation and two local charities: Hilton Head Heroes and the Sea Pines Forest Preserve. Jeff married the love of his life, Anne, 44 years ago. They have lived in Ohio, Wisconsin, Asia, and Pennsylvania but now spend most of their time on Hilton Head Island enjoying the beach, tennis and biking and spending time with their family.

Each Thursday Peter Geary interviews Jeff who picks 3 of his photos from a category and gives an overview of why he took those photos.